All the King’s horses

The title is out of stock.

What would the world become like, if there were no hierarchy? This book begins with the acquaintance of a viscous pony. She taught the author, Emelie Cajsdotter, two things; that there is another way of communicating. But for that to be possible, one must first erase all differences in value.

The author was eleven years old at that time, and ever since, she has been travelling around the world asking the same question. Is it necessary to use dominance in the handling of animals? And would it be possible for a human being to put a non-hierarchal principle into practice? Spending many years with telepathic communication and alternative treatments of animals, she noticed that many animal owners were expressing a fear of their animals taking over. As if there was an inherent struggle for power, needing to be restraint. Curious to find out whether herd animals relate to the common image of a pecking order, she began studying semi-wild horses and dogs. Through these studies, a different way of co-existing began to take form. A structure based on each herd member using his or her full capacity at the right time, not depending on a single leader. Although provoking weaknesses seemed part of the development, the survival of the herd was due to the skill of cooperation, not rivalry. 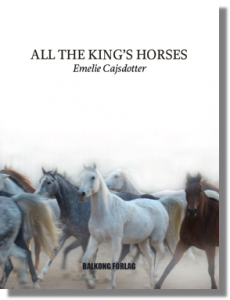